Jaron Lanier Why You Should Unplug from Social Media for ... 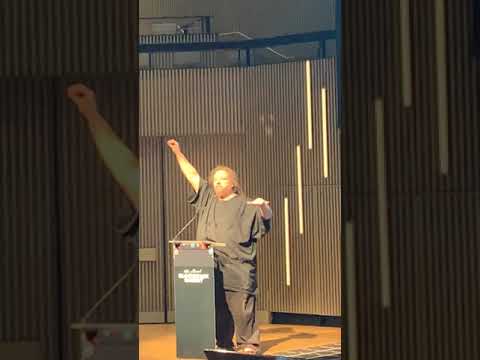 Blockchain, the concept that's turning the world downside up

My 2Ð on Crypto-Currency and Journey to The Moon

I've invested both money and precious spare time in Crypto-Currencies. There is something unique and revolutionary about it that acts like a magnet to the anti-establishment rebel in me. Though with the recent series of bad news surrounding it, times are tough. A redditor (CryptoDonDraper) recently posted in /bitcoin about the possibility of there being a concerted effort to infiltrate and discredit Bitcion. Very tinfoil-hat, but this wouldn't be a surprise due to it's incredibly disruptive potential.
Having recently worked with several large companies exploring the mobile payments sector (their closest thing to quick and easy frictionless payments), I am aware of how important they see this. There is a lot of money and time invested in this sector, with the big boys (Visa, Mastercard, Amex, Paypal) actively participating with knowledge and capital alongside start-ups all vying for top position and dominance in this new world. Crypto-Currency is an almost perfect solution to the demands of the new digitally native generation. Problem is, it renders the traditional services these massive corporations offer rather inert. Big corporations mean big power and big money. A new disruptive technology that threatens that? Big bad news in their eyes.
So why isn't Crypto-Currency mainstream yet? We expect things to happen quickly. Messages, travel, food, the internet, all must be there when we want it and fast. Crypto-Currency payments happen very quickly. The initial rise of Bitcoin happened very quickly. What won't happen quickly is a fundamental shift in global currency exchange and trade, and those who control it; something that has evolved over decades into the unwieldy horribly archaic beast it is today. There is a long and rocky road ahead as those who believe something isn't right with global finances and the status quo battle against those whom hold it, own it, and will fight desperately to maintain it.
There will be many ups and downs, but some good clear direction and taking a step back for perceptive is increasingly necessary. I certainly don't have the answers, just more questions and a few suggestions. Debate is healthy.
I'm going to talk specifically about Dogecoin. I believe at this point Dogecoin is the most likely coin to gain a wide user base and serious traction. Many will disagree, and that's ok. I won't cover the reasons why as this has been written about and debated extensively on /dogecoin, and I broadly agree with the general consensus. Such trust, very generalising, wow.
Transferring wealth from one person or business to another has either happened face to face with a physical exchange (the ancient market which still exists today), or through a third-party who then exercises control over the transaction and terms (Banks, lenders, Building Societies). Until Nakamoto-san wrote the white-paper and created the proof of work that became Bitcoin, the ability to securely and confidently perform transactions at distance and with near no delay just did not exist.
When there is a space for a third-party, there becomes a fourth, and fifth, and the space between the seller and the buyer, the artist and art-fan, with the money getting thiner and thiner, until finally, the gap is so wide, the artist ends up with nothing and the consumer doesn't pay with money. There has been a complex financial relationship created with advertising where we become the product. When we don't buy, we are being sold. We are the new product. I'm veering into Jaron Lanier territory here ...
We don't pay anything for our music, the artist doesn't get any money, one corporation sells our data and our mind space to another. That doesn't seem right!? Surely if we could just pay the artist (writer, musician, chef, excel genius) instantly, a small but fair amount for their art (book, song, meal, advice) , we would get the art without the bullshit. Such simple, very logic, wow. This benefits us and them, the musicians and the fans, but not the middle men, and our world has become built on middle men. I for one would be happy to buy things from artists knowing they are getting the full amount of what I'm paying. And I believe we are all artists in some way or another, no matter what we do.
There have been many concerted efforts to get business to start accepting Dogecoin. Though the majority of those who do experiment are using instant exchange services to convert their coins into fiat currency. This isn't really helping anyone except giving those who want to spend their coin a way of buying some various random bits and pieces. Not sustainable and I'm not sure what the grand plan is.
There are also a few artists who are selling their art for Dogecoins, which I think is great. What is even better is, people are buying them. This is the true value in what we doing here – uniting artists with people who want to buy their art, without the headache and pain in the arse dealings with a greedy third-party. Crap, look at the time, I've got to go.
I would love to hear what you all think about this.
tl;dr Crypto-currency is revolutionary and has huge potential, though you all know that. We will face many challenges as we look to overthrow the status quo. The greedy middle-men have widened the gap between the buyer and seller considerably, and far too much, leaving most artists broke. Let's make it easy for artists (writers, musicians, chefs, excel geniuses, programmers, cupcake makers) to sell to people.
Such serious, much writings, very thinking, wow.